Origami is the art of folding a new piece out of a sheet of paper without the use of scissors or glue. This is a wonderful occupation for mental and physical relaxation and fun for both young children and adults. There are numerous ways you can fold origami figures. Give your creativity free rein and let yourself be inspired! Here we show you how to design origami stars yourself. Have lots of fun with it! 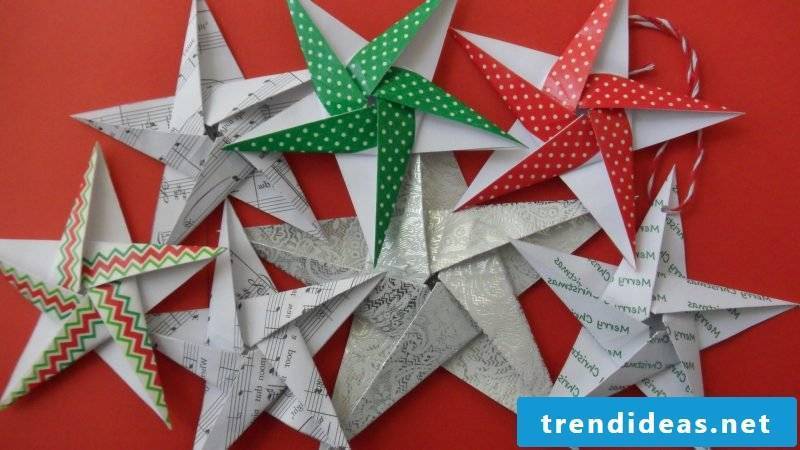 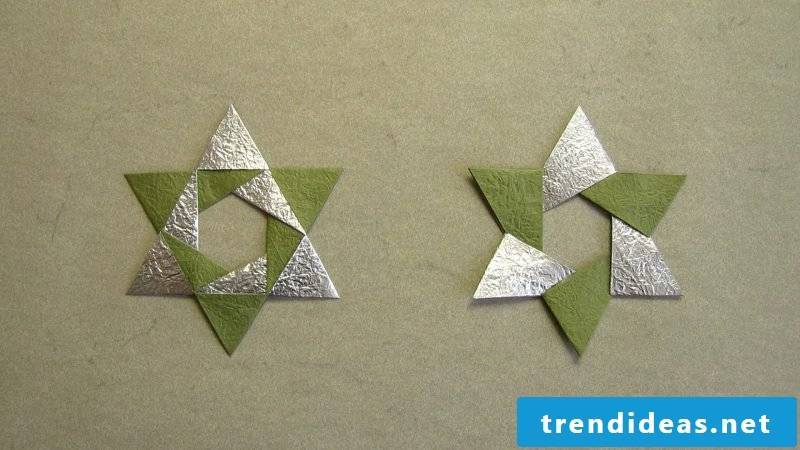 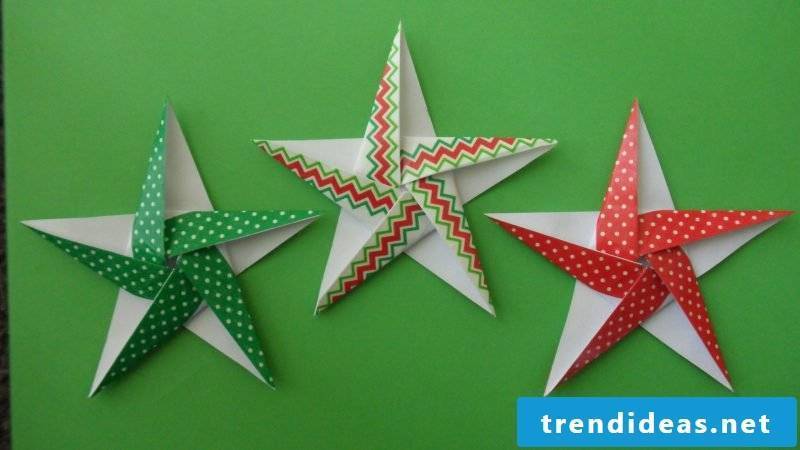 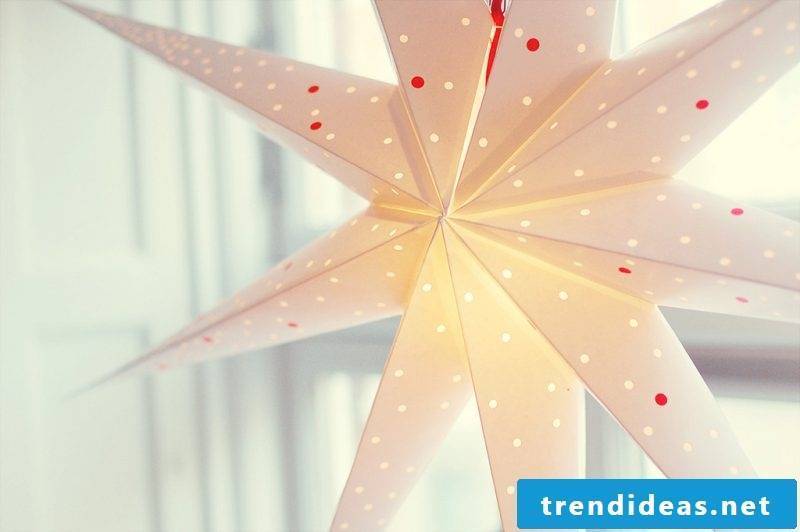 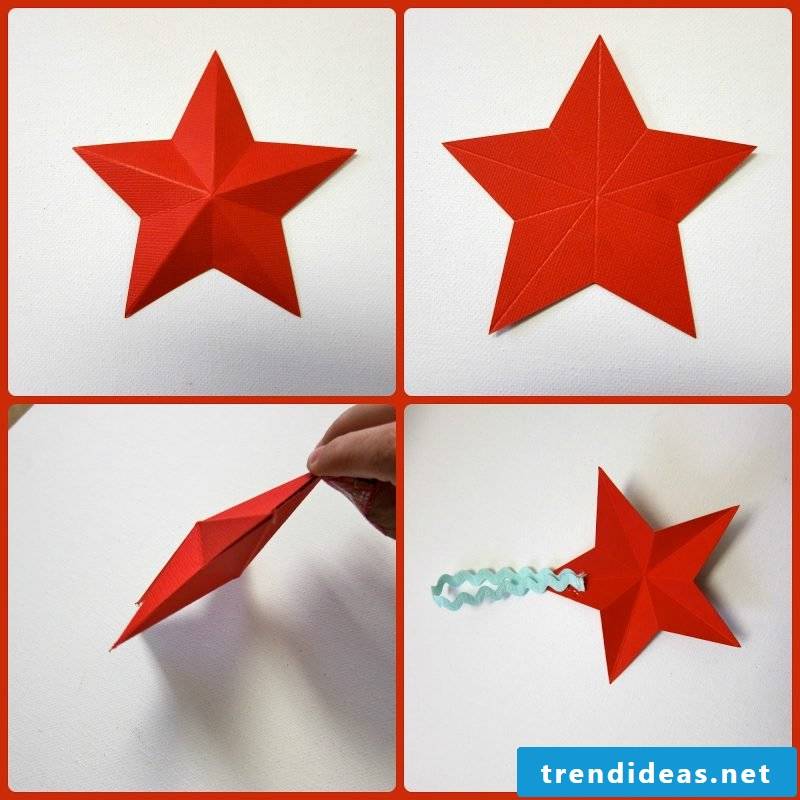 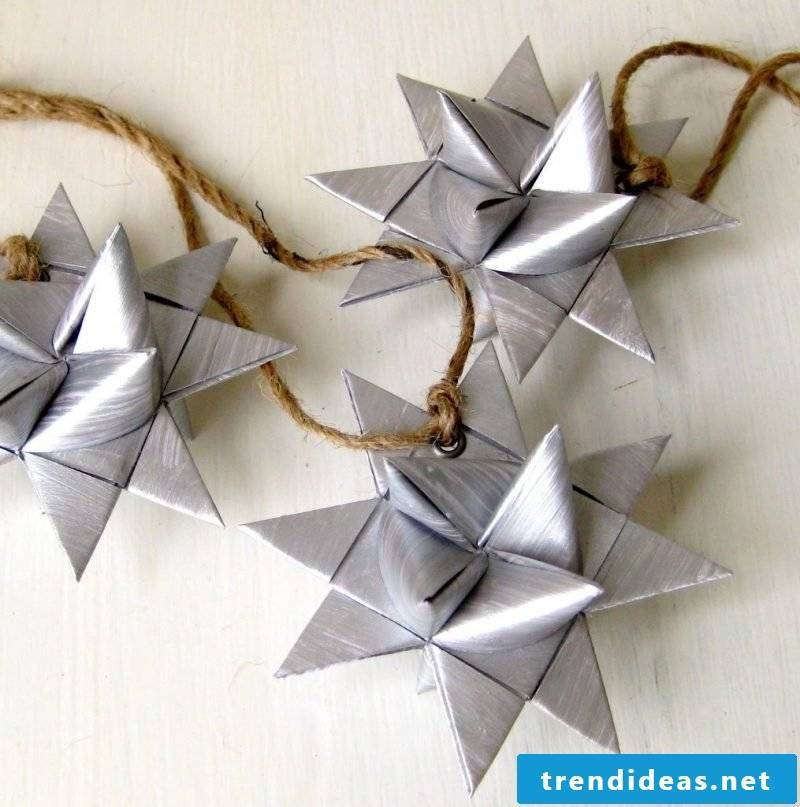 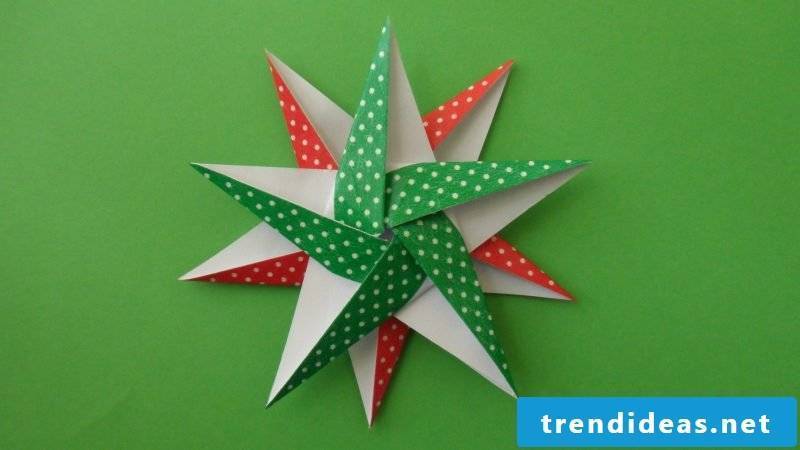 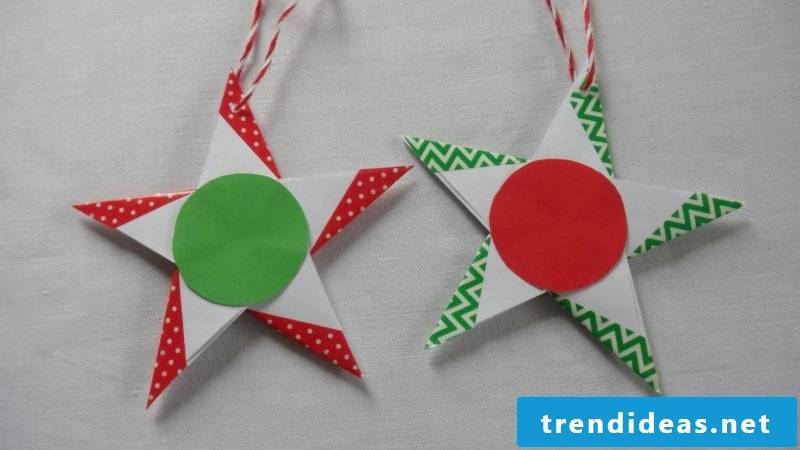 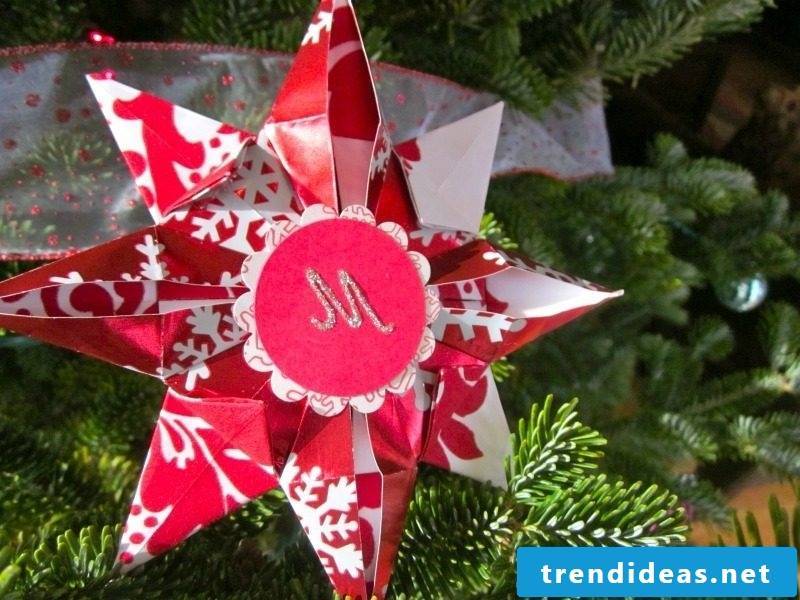 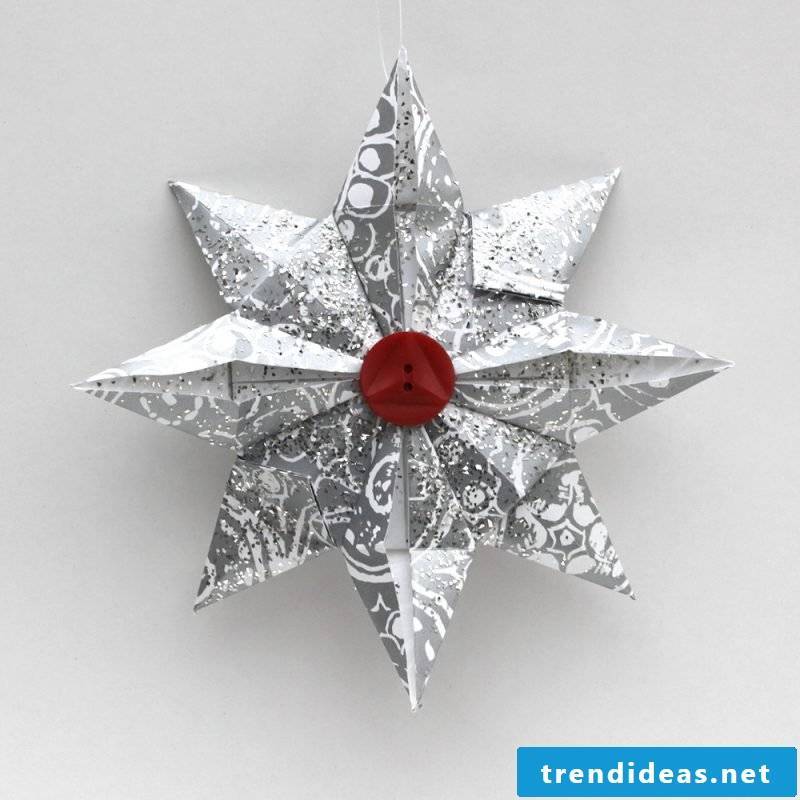 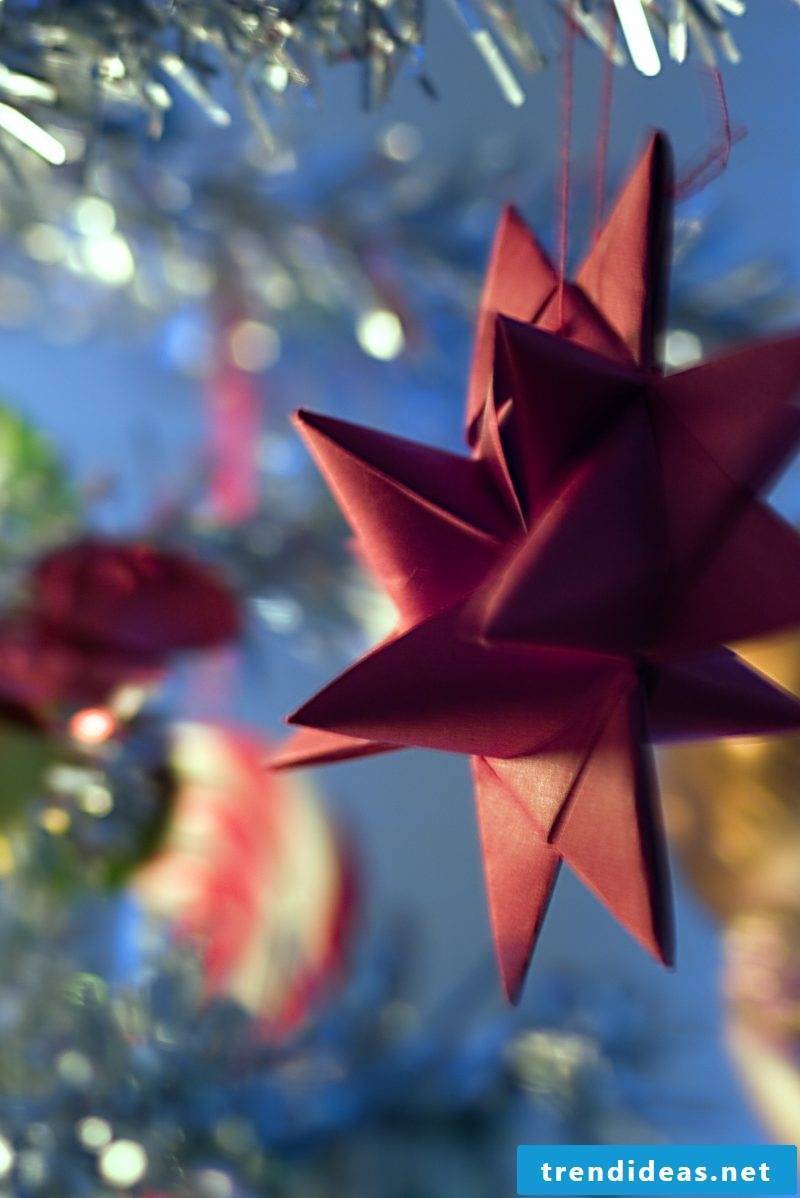 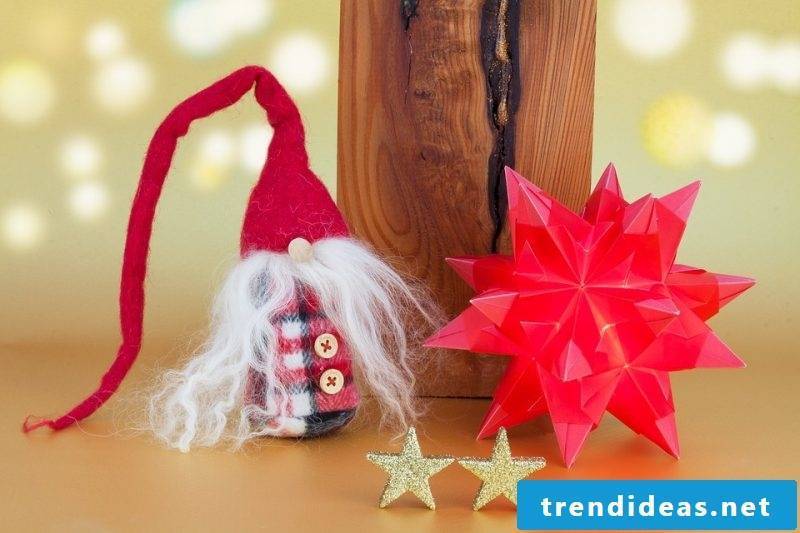 Origami stars can be used as jewelry on different occasions. But these are especially popular for the Christmas party or for Mother’s Day – Origami flowers , They create a happy mood and can be worked out in different colors, depending on your own taste and creativity. 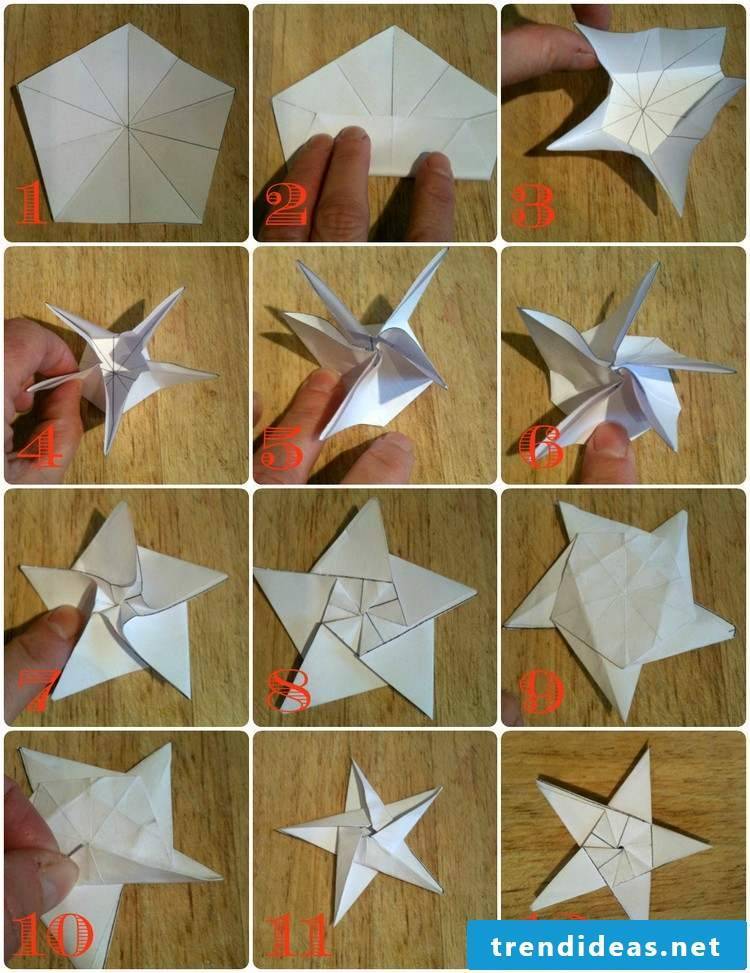 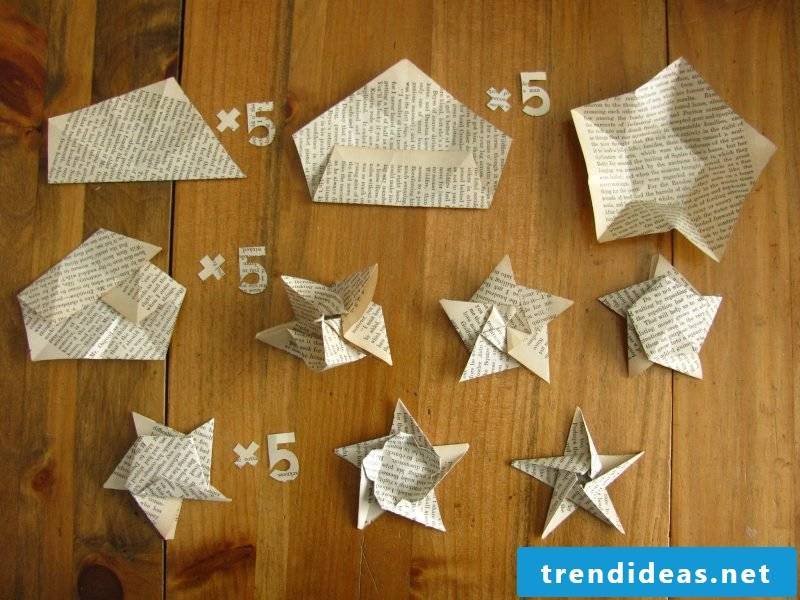 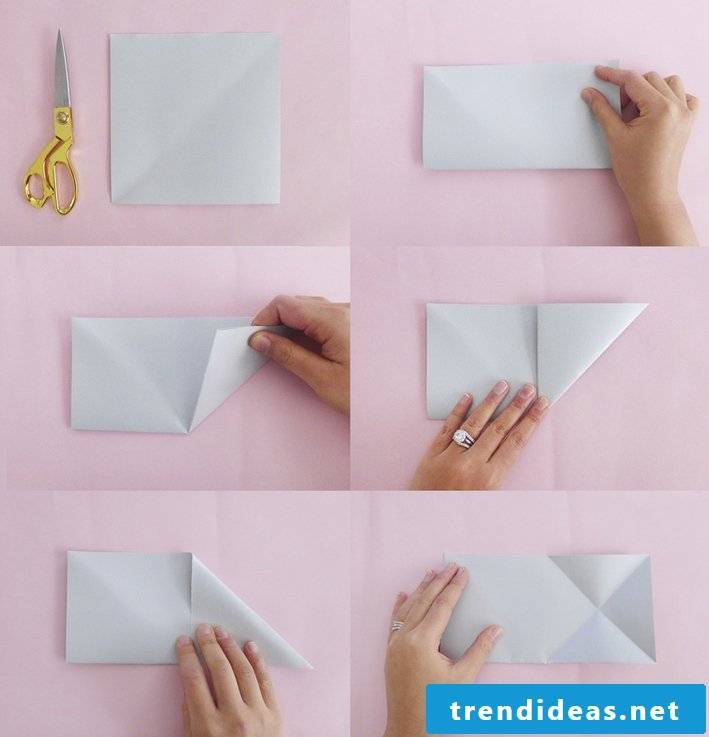 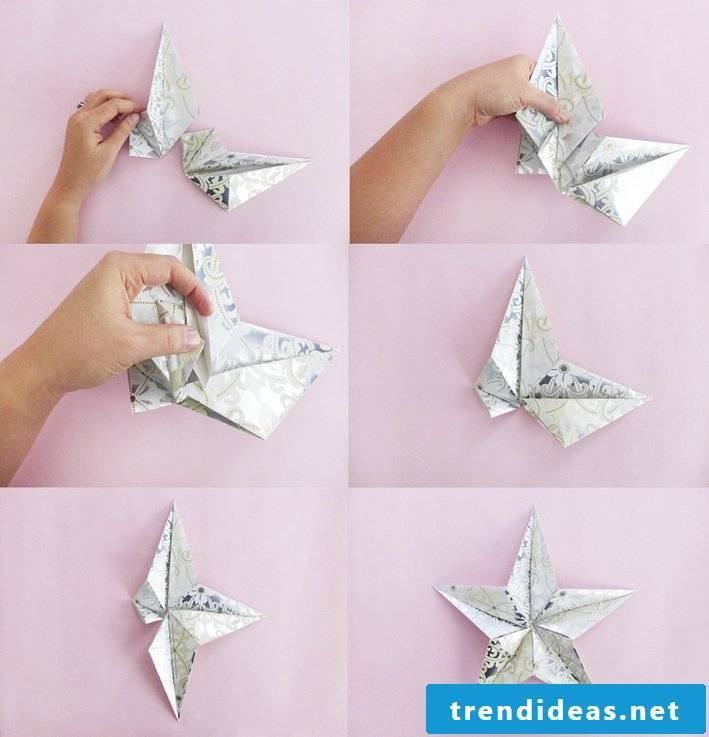 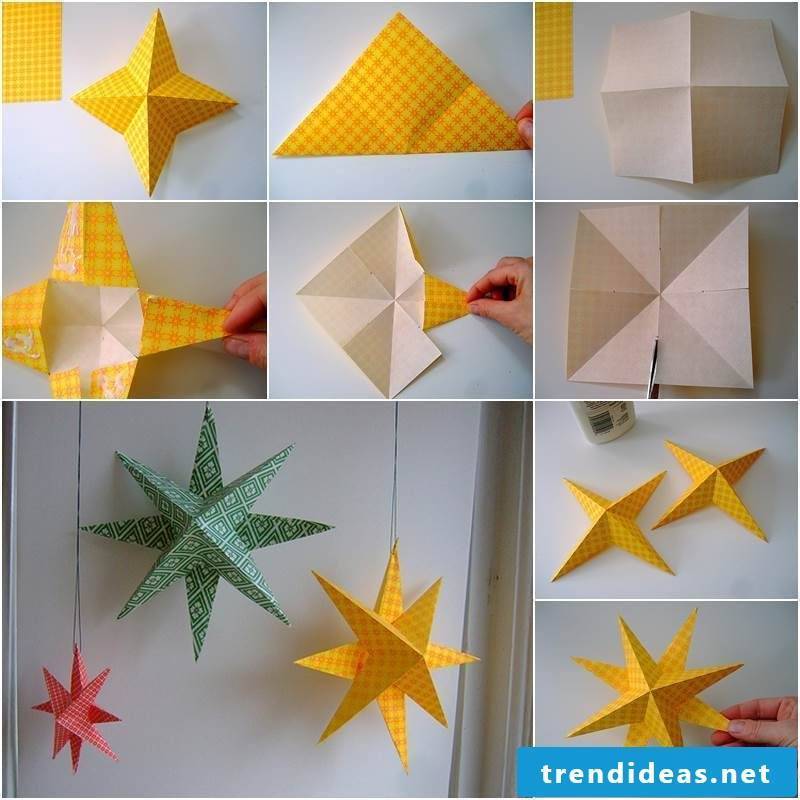 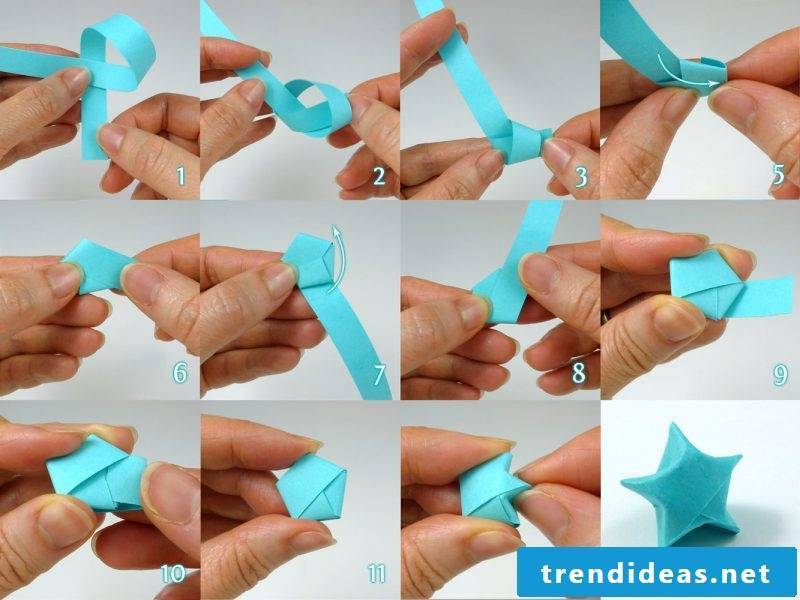 Now, in a few simple steps, we’ll show you how to fold origami stars yourself and have fun with them!

Fold the top to the bottom edge, open the sheet again, and fold the right edge to the left edge. Using these fold lines you can fold a square where the four original vertices come together.

Now fold the lower (open) edges to the middle.

Fold the figure to a rhombus along the fold lines in step 3. The two out of step 4 outer corners must collide in the middle of the figure.

Repeat steps 3 – 5 for the back of the figure and then fold down the upper tips.

Fold down a guide.

Pull on two opposite points until the figure opens.

Press the midpoint of the figure between the tips – using the lines that are already folded over. Fold down all the tips – a triangle is created.

Now fold the tips upwards. The edge should be at the height of the center point pressed down in step 9.

Along an assumed line between the former center and the right (or left) top corner, fold up the edge formed in step 9.

Repeat steps 10 and 11 also for the back of the figure and then fold the already folded pages together in the middle.

You can also repeat steps 9 and 10 for the (intervening) insides.

Now fold the star apart. The front is already finished.

The back should now be decorated. Fold one page together and flip it over halfway.

If you prick a small hole through one of the spikes and pull a ribbon and knot it, then you can also hang the star on your Christmas tree. 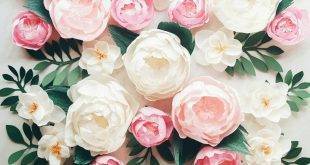 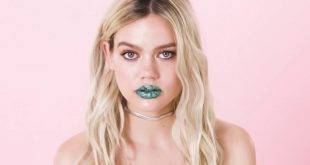 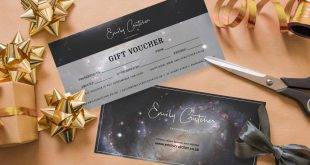 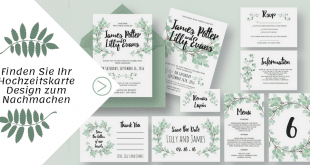